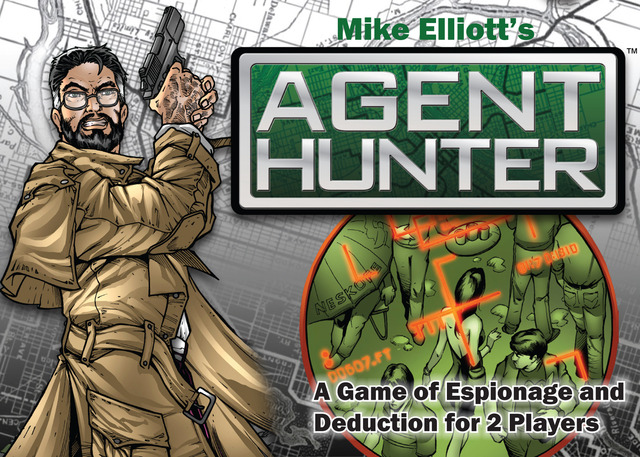 In Agent Hunter, two players act as rival agents attempting to eliminate their opponent's safe houses, which are represented by face-down cards; the cards range in value from 0 to 9. The closer you get to uncovering your target, however, the more you risk compromising your own position. Stealth and cunning are your greatest allies as only agents who remain hidden in the shadows will survive the hunt. During the game, players take turns choosing one of these actions:

When you switch agents, you replace a face-down card from one of your safe houses with a card in your hand, possibly the same card. You can take this action at most five times during the game.

Players keep swapping turns until all three of a player's safe houses are eliminated.